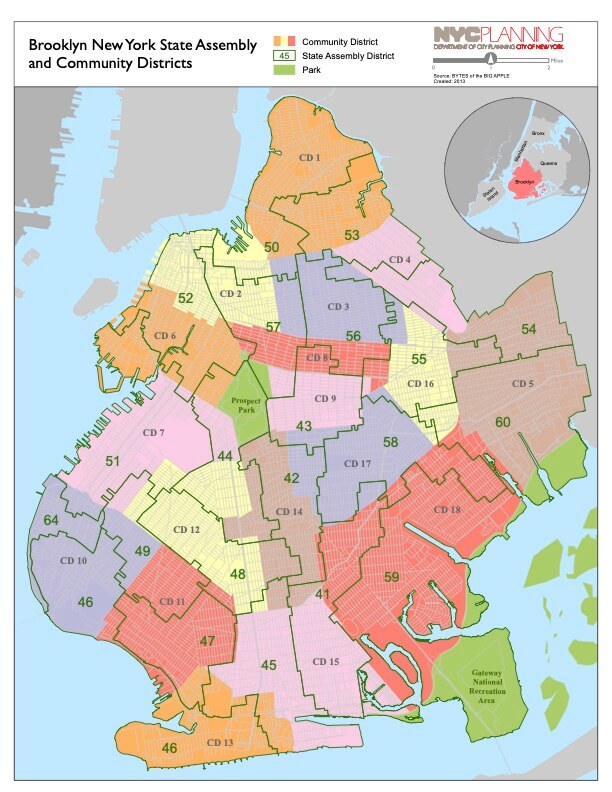 For nearly 40 years Bay Ridge has been represented by Assemblymembers who live in Staten Island, Sunset Park, Coney Island, Borough Park, Brighton Beach, Carroll Gardens, and Seagate. But there has not been one member of the Assembly who lives in Bay Ridge!

During this time, budgets were decided, votes were taken and Bay Ridge never once had a seat at the table. Bay Ridge has been effectively left out of one branch of state government.

This can change. For the first time, New York has independent redistricting and a new Commission is taking input from the public.

What's next? On September 15, 2021, the Commission will unveil a preliminary set of new district lines.

We the undersigned ask the New York Independent Redistricting Commission to end the decades long problem of Bay Ridge gerrymandering on the State Assembly level. We ask for fair district lines that would finally put Bay Ridge into one Assembly District.

Created with NationBuilder – Theme by Tectonica